Prof. Aartsma-Rus reads and comments on the paper titled: Development of a novel startle response task in Duchenne muscular dystrophy

This paper is by Maresh et al from PLOS ONE on the development of a startle response task in Duchenne patients. From the Muntoni group and related to the BIND project again. Doi 10.1371/journal.pone.0264091

For example in the amygdala, which is involved in anxiety/fear response. Interestingly, the mdx mouse, which does not produce full-length dystrophin in muscle and brain, suffers from an overly large startle response. After normal handling, mice will show a freezing response.

To study anxiety in humans, a freezing test won’t work. There are fear conditioning tests for humans, however, they are not tailored to Duchenne patients as they are children and some may have autism. Here authors intended to set up a fear conditioning study for Duchenne.

Authors measured the skin conductance response (measuring whether the skin of the hands gets sweaty – a common response to fear/startling) and heart rate. Startling was induced with a loud noise and a visual cue. They first tested healthy adult volunteers. 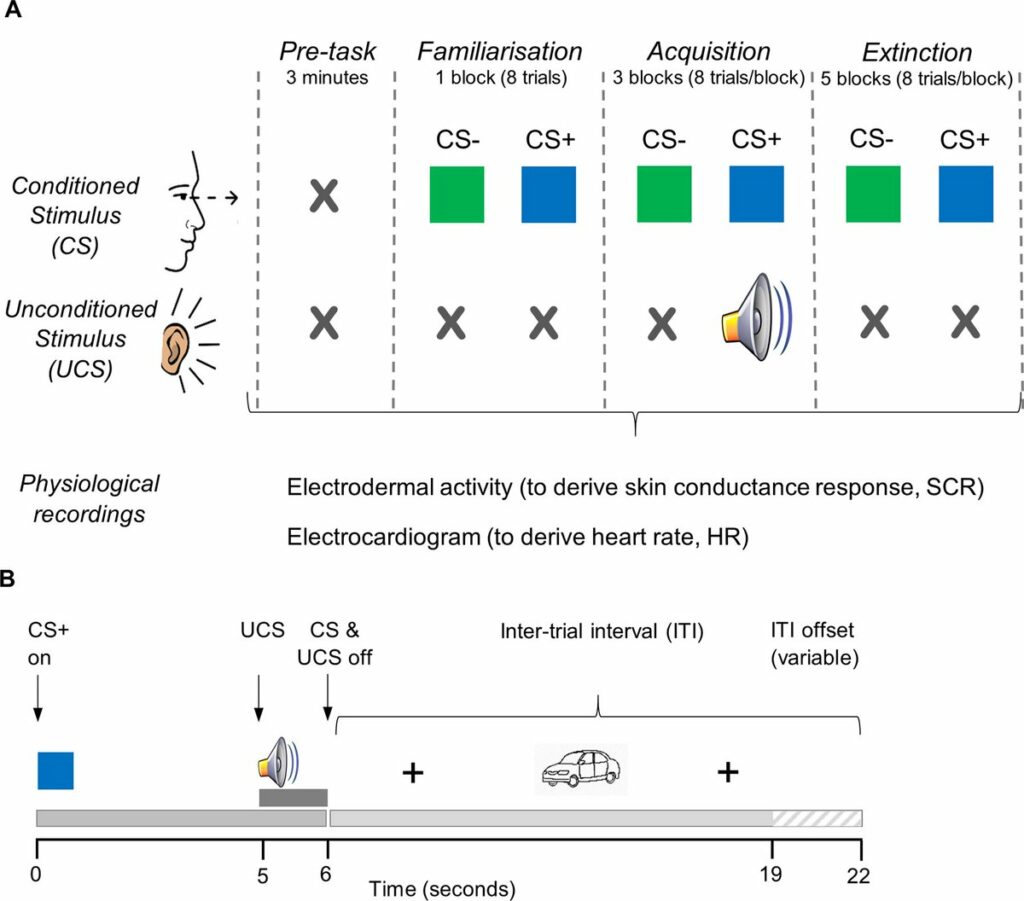 The test was done in a quiet room and volunteers were asked to watch the screen. The startle response would always be accompanied by the blue visual cue (to condition the fear to the blue light). After testing and optimization, the test was then ready for use in children.

It was piloted in 11 Duchenne boys and 9 healthy boys, all aged 7-12 years. The skin conductance response after the first stimulus (startle noise) was the best measurement for startling. Heart rate went down in Duchenne patients upon startling.

Heart rate was however higher in Duchenne compared to healthy boys (this is known and a consequence of the heart problems Duchenne patients develop). Due to the variability of the heart rate it was more difficult to measure a response to startling than with the skin test.

Authors also retested the 11 Duchenne boys and saw a good test – retest reliability. Authors conclude that the protocol works and the skin conductance response amplitude after the first startle is the best outcome measure to measure startling.

Based on input from the participants, authors suggest that the protocol should be shorter in the future and the startle noise less annoying. Furthermore, more studies are needed to assess whether in humans with and without dystrophin there is a difference in startling response.Looking forward to more work. In parallel  the BIND project  is also conducting a lot of mouse behavior studies in models with and without full-length and shorter dystrophins. While a mouse is not a human, it is much easier to test behavior in mice in a controlled setting. 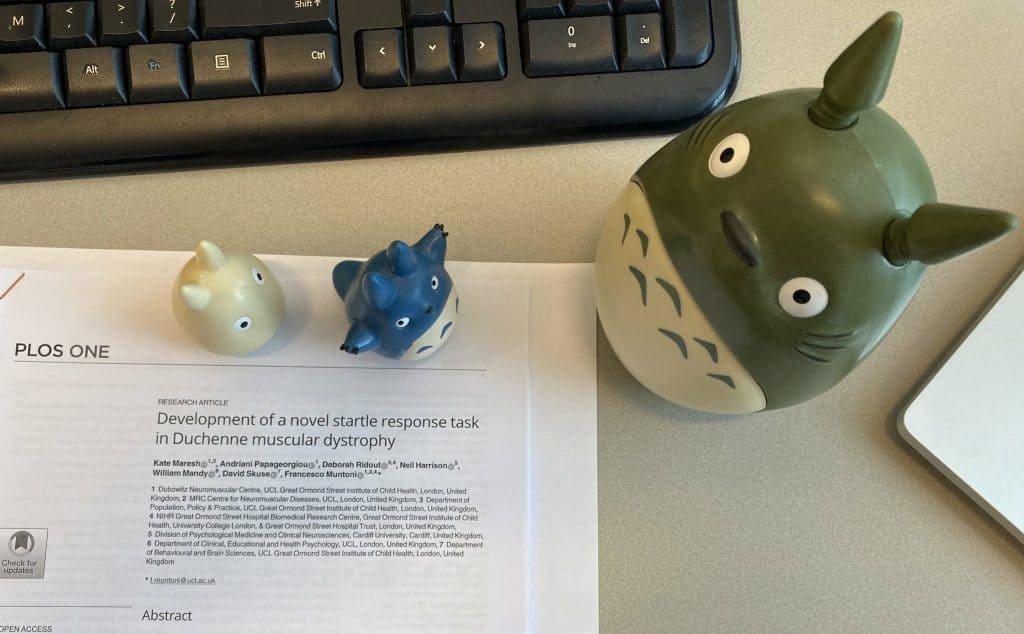